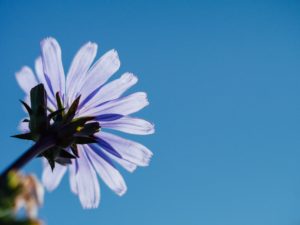 In many spiritual circles, “oneness” has become the new word to capture what in traditional Indian philosophy is the teaching of advaita, non-duality.  It’s not a new idea, just a modern usage of a word that refers to an ancient teaching.

However, when teachers and their students talk of oneness, they are not all pointing to the same experience.  It’s important to consider what people mean by oneness because not all experiences of oneness are the same, nor are they all what is truly meant by advaita or non-duality.

The feeling of relatedness or communing:

This is a state of intimate, heightened sensitivity and receptivity to one’s surroundings.  It is a sense that the individual person is connected to the scope of perception, objects and environment.  It evokes a comforting feeling — devoid of any sense of alienation or isolation — a friendly, harmonious sense analogous to the comforting bond one might feel with one’s family or family member.  Everything seems connected.

The sum of the parts:

The illusion of the parts:

This is the distinct sense or recognition that everything is contiguous with an expanded sense of one’s  identity – that objects and environment are all experienced within one’s own consciousness, and as such are not separate from the individual.  When all objects of perception seem to have their source in one’s consciousness, this conveys a sense of “oneness.”

Only-ness is the singularity, the unmanifest source of the field of manifestation.  Everything has its source in Only-ness and is Only-ness.

This type of oneness is taking a step further.  While Only-ness is all there is, there is a deeper sense of what Only-ness actually is, though there are no words that can describe it.  Nothing at all seems to be happening — no one is there to see and there is nothing to see.  Person, object and environment do not appear in anything, whereas previously they appeared in and as Only-ness.  There is nothing but joy, peace, bliss and divine radiance.

The Many Forms of Oneness
Tagged on: advaita    divine    divinity    non-duality    oneness

“We all will have our day, not to be judged, but to touch the infinite Love and Grace of the Divine.”